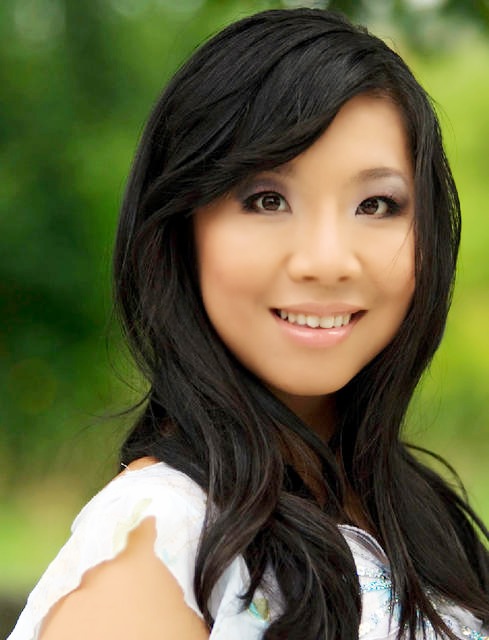 Scarlett was born as the older of two children.  She has a younger brother Tom who is a CG architect artist/designer.  Her mother was a Chinese literature professor before retirement, her father was a Senior Architectural Engineer.  Scarlett actively participated in school plays and shows ever since primary school year.  She has been on-stage performing various talents including violin, singing, mini-drama series, public speaking, dancing, runway shows as a model etc. When she was 8-year-old, she landed a lead role in a mini-drama production for children produced by NNBC and it was aired locally.  At age 10, her first violin solo was both performed on stage and recorded then aired on a local radio broadcast show for promoting young instrumental performers.  Since 14, she started modeling majorly doing runway shows. Acting has always been her passion.

Scarlett plays violin, piano and ukulele.  She enjoys Wushu (a.k.a. Kungfu), the traditional Chinese martial arts and she actively practices Wushu as a way of keep-fit.  Scarlett also enjoys multimedia design especially Flash animation.  The various versions of her websites are all her own work.  Since winter 2006, Scarlett started acting training course with Ginger Howard Friedman, a Native New Yorker who is now Toronto-Based acting coach, who counts Willem Dafoe, Tony Curtis Blondell and Anthony Kaan among past students, a veteran of the silver screen, best-selling author of “The Perfect Monologue” and “Callback”.